Despite record rainfall, the onset of the pandemic and supply chain bottlenecks, construction teams in Baldwin County, Alabama are nearing completion of a new regional headquarters and distribution center for grocery retailer ALDI. The 564,000 square foot. becomes the company’s sixth distribution center in the southern United States. 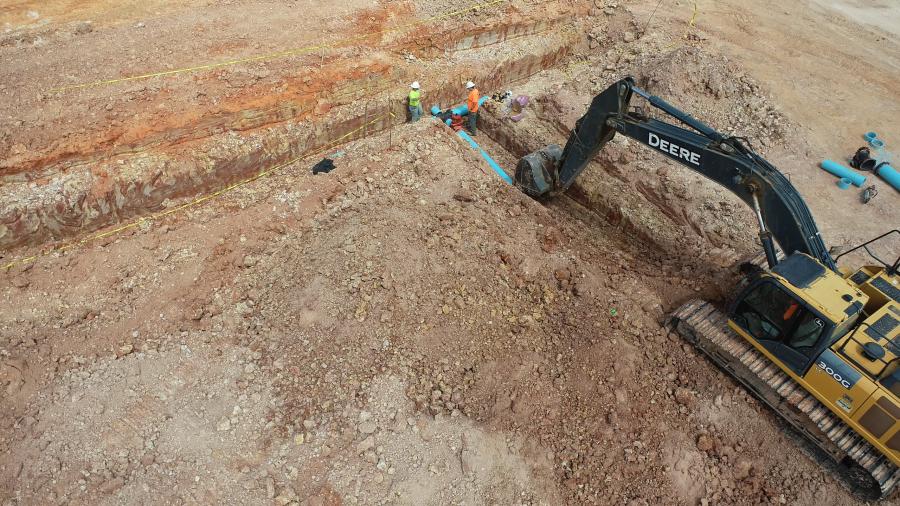 “And the regional headquarters for ALDI will allow them to open a footprint of retail stores from Tallahassee, Fla. to Baton Rouge, La. and everywhere in between that they were previously unable to service,” said Lee Lawson, President and CEO of the Baldwin County Economic Development Alliance. “That’s on top of a $100 million investment and an annual payroll of about $10 million.

“It’s the longest project I’ve ever worked on in my career – more than three years from start to finish. It has taken a lot of patience and perseverance on behalf of Mayor Richard Teel with the City of Loxley and the Baldwin County Commission. This investment was a great win, and having a $100 million investment in your community shows other investors and companies that a world-class company like ALDI believes in you and your community and is the best place for them to to settle down.”

ALDI currently operates 30 stores across the country. With the distribution center in place, ALDI plans to open about three dozen new stores on the Gulf Coast by the end of this year. Lawson said ALDI’s presence in Baldwin County will have a significant economic impact.

“200 jobs will be created. Of these, more than 30 percent will work in management or in higher positions. There is also community involvement, support for nonprofits and employees who have moved to our area to get involved in local activities.”

Lawson noted that the response from local residents was positive.

“It’s not often in economic development that you get a major investment and job creation project that impacts retail in your community. With this location, ALDI has also started construction of three retail stores in our community. One of these is open now and two more are under construction, so there was a lot of excitement.

“As one of the fastest growing communities in the country, we are where the workforce wants to live, work and play, and ultimately companies like ALDI need to know that this is an area they can rely on to be able to attract talent and to keep. It is this, among many other benefits, that is currently driving one of the great economic development stories in the United States for Baldwin County.” 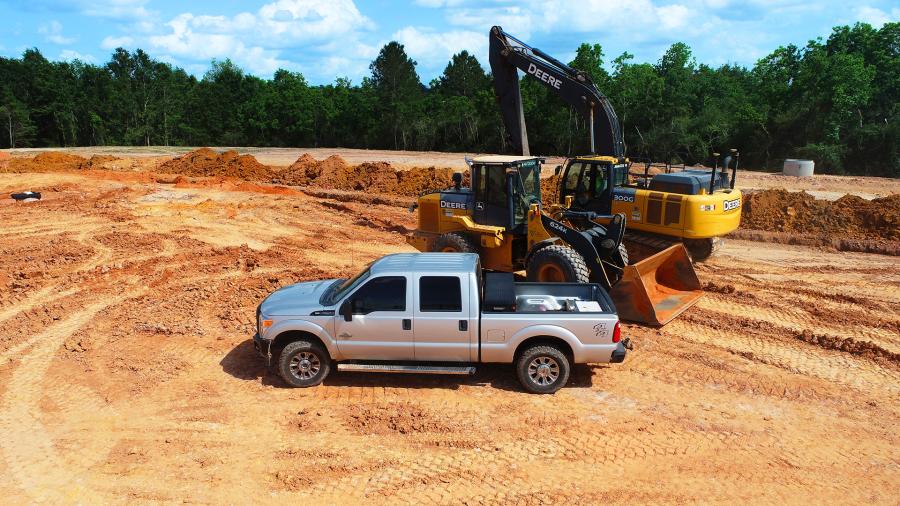 He added: “The progress has been great to watch and AM King, the contractor for ALDI, has done a phenomenal job sourcing as much content as possible locally and within the region, which was a huge priority for us. A tremendous amount of site work has been done to prepare the vertical construction and they are now in the final stages of the project which is great to see.”

According to Hill Brothers Inc. general manager Jamie Montgomery, maintaining safe and usable workspaces during construction was one of the most time-consuming challenges of the project.

“We struggled to keep the roads and work areas clear of water and passable over the course of the project as we had regular and excessive rainfall that flooded the site and was difficult to avoid. We spent a lot of time keeping the construction crews’ areas where they could keep working despite the rains and move the project forward.”

The property was an existing field of wetlands bordering the project to the east. Work on site included removing topsoil and moving 350,000 cubic meters. Meter. materials on site. Approximately 90,000 cu. Meter. went to a stash for later use and 260,000 cu. Meter. moved and reinstalled under structural areas. The striping has been completed, along with the irrigation system and landscaping.

Loxley’s distribution center will feature several sustainable building elements such as: B. Solar panels, LED lighting and an environmentally friendly cooling system. Montgomery said the completion of the building block was an important milestone.

“Also the final leveling of the parking lots and their stoning was a relief as this put a huge strain on erosion control as the site was sealed and stabilized.

“Because of the record rainfall, we had difficulty drying out the subsoil enough to hold up construction traffic. We ended up having to cut out 18 inches of the entire parking lot and roads and replace it with sandy rental material able to bridge the heavy clays on site.”

Montgomery said erosion control and stormwater management are major challenges due to the wet conditions.

“Several on-site meetings were held throughout the project to brainstorm ideas on how to manage the incredible amount of water that needed to be controlled and contained on site.”

Most of the excavation work was done with tractors and pans. Approximately 350,000 cu. Meter. Dirt was moved on the project.

“During construction, we used mostly Caterpillar and John Deere equipment,” Montgomery said. “Two Cat 336 excavators, a John Deere 300 excavator and a Hitachi 470 excavator were used for the pipe installation, along with a dozen smaller John Deere, Cat and Yanmar medium and mini excavators. Cat D6, D5, D3 bulldozers and two John Deere 700 bulldozers were also needed. We also had Volvo and John Deere SUVs on site.” 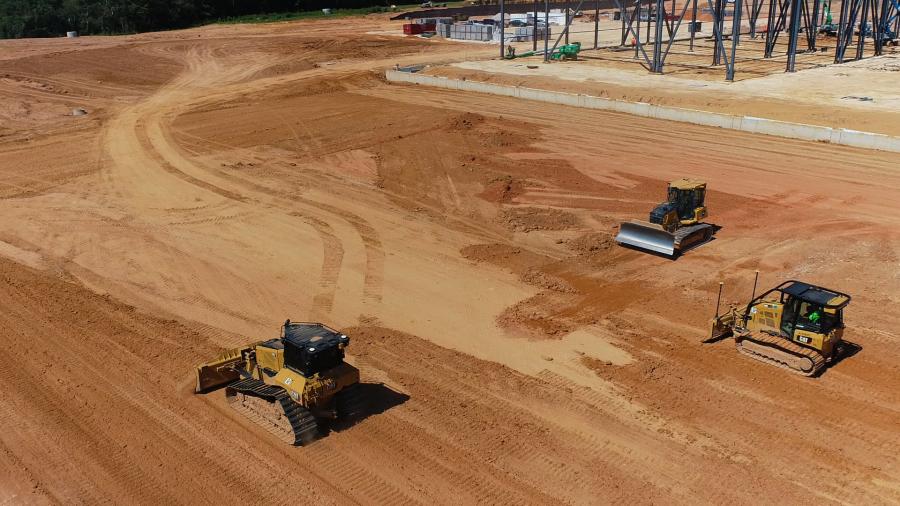 The largest onsite purchases of materials were 80,000 tons of foundation stone from Vulcan Materials, more than 80 concrete structures, more than 13,000 feet of storm drains, 9,400 feet of waterline and over 4,000 feet of sewer lines.

Montgomery said working on a project of this nature was extremely fulfilling.

“Not only do we receive recognition for being able to carry out great tasks, which takes the company to another level, but every employee, from workers to owners, is satisfied to know that they are part of such a great one , successful effort was. Though this was Hill Brothers’ biggest project at just over $8 million for our part. The professionalism and craftsmanship of our staff rivals any major company I have worked with.

“Charlie Hill, the owner of Hill Brothers, and Lee Rollin, Hill Brothers Superintendent for the project, spent countless hours before dawn and after sundown planning and preparing for the next day’s challenges. Not only did we complete the work on schedule for the owner, but we kept the schedule for all other trades on the job amid record rainfall and supply chain challenges.” CEG